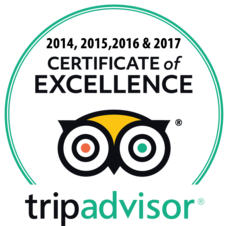 Our open top bus tour of Gozo starts from the picture postcard Mgarr Harbour. The sightseeing Hop On Hop Off open top bus tour takes about 2 hours with 20 stops visiting all the major attractions that this beautiful island has to offer. Hop on and off at your leisure at conveniently located stops along the route. On one side of Mgarr Harbour is Fort Chambray, built by the Knights of St. John in 1749, which majestically and defiantly guards the harbour from its vantage point, while the church dedicated to Our Lady of Lourdes is a prominent landmark overlooking the harbour.

Hop off at the capital of Victoria, with its famous Citadel which has been at the heart of the island’s activities since Neolithic times and has been aptly called the crown of Gozo. It became the focal point of Gozo around 1500 BC when it was first fortified by the Bronze Age people.

Let City Sightseeing highlight all there is to see and do in Gozo
For such a small island, Gozo has a high concentration of Churches -22- in all. Admire the Xewkija famed rotunda church, which has a capacity of 3000, enough to hold the entire population of Xewkija village! The church is dedicated to St. John the Baptist and was completed in 1981. It boasts the fourth largest supported dome in the world at 74 metres high, with a diameter of 27 metres and a circumference of 85 metres. Its total weight is calculated to be around 45,000 tonnes! Hop off at Dwejra and experience the most popular attraction; the Azure Window. The Azure window is a monumental limestone archway created by thousands of years of sea erosion. The City Sightseeing bus tour of Gozo visits the fascinating and ancient Ggantija Temples and Fungus Rock. City Sightseeing’s tour will help you to discover Gozo - one of the most untouched and unique islands in the Mediterranean. With its picturesque and tranquil towns and villages, where life has barely changed for hundreds of years and many traditions are still upheld.

Spend time in the island of Gozo with City Sightseeing